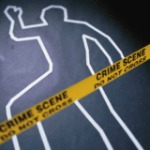 The York County Sheriff’s Office said deputies responded to a 911 call at a home on Tioga Road. When they arrived they found two people dead from gunshot wounds.

The victims have been identified as Debbie London, 61, and Doug London, 63.

The two victims owned a Mattress Warehouse in the 7100 block of South Boulevard in Charlotte.

In May, Mr. London was involved in a shootout with three robbery suspects at his business. He was not harmed but one of the suspects was wounded and has since recovered.

Investigators don’t think that case has anything to do with the two murders, in part because those suspects are still in jail.

York County authorities said no suspects have been taken into custody at this time. Investigators do believe this incident was not a random act of violence, and there is no immediate danger to the public.