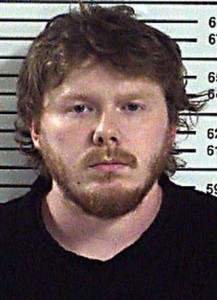 Police arrested a couple in northern Iredell County and charged them with child abuse in connection with the emaciation and bruising of their 2-month-old baby girl.

The girl was taken to the hospital with the injuries, according to Sheriff Darren Campbell on Tuesday.

The parents, Arlena Ritchie, 19, and Samuel Brian Hancock, 26, were charged with child abuse-willful act or omission causing serious physical injury. They were each held on bail of $200,000 in the Iredell County jail.

The investigation in the case began after the sheriff’s office received a call from Novant Health Rowan Medical Center in Salisbury about the baby’s condition after she was taken there. It was reported by the hospital that the girl had marks and bruises on her face from abuse and was emaciated. She was transferred to Winston-Salem’s Brenner Children’s Hospital, Campbell said.