CHARLOTTE, N.C. – The Crimes Against Persons Team of the Mecklenburg County District Attorney’s Office took one defendant to trial and four others pled guilty before their trials began during the week of January 14-18, 2013, in Mecklenburg County Superior Court. The cases involved defendants facing charges that included robbery with a dangerous weapon, assault on a government officer and first-degree rape of a child. The proceedings were held in courtroom 5150 before The Honorable Kevin M. Bridges, Superior Court Judge, and in courtroom 5370 before The Honorable Forrest D. Bridges, Superior Court Judge. 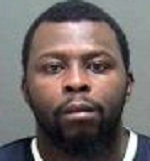 Gregory Cornelius Coleman, 29, pled guilty to 1) first-degree rape of a child and 2) indecent liberties with a child. Coleman was sentenced to 180-225 months in prison. Judge Forrest D. Bridges ordered that, after his release from prison, Coleman must register as a sex offender and be placed on satellite-based monitoring for the rest of his life. In 2006, Coleman raped his then-girlfriend’s
10-year-old daughter. Years later, the victim disclosed the rape to her mother, ho then tracked Coleman down through Facebook. Coleman confessed his crime to the victim’s mother and detectives.

Damian Newell Vazquez, 25, pled guilty to 1) robbery with a dangerous weapon, 2) attempted kidnapping and 3) possession of a firearm by a felon. He was sentenced to 84-110 months in prison.

Note: For more information about the District Attorney’s Office, visit www.charmeckda.com.facebook.com/charmeckda and follow us on Twitter: @CharMeckDA.