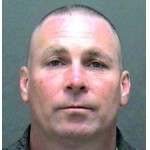 Joseph Lloyd Rayfield, 43, pled guilty to 1) second-degree murder and 2) robbery with a dangerous weapon in connection with the July 2012 murder of Alfred Michael Smith, 52. Judge Bell sentenced Rayfield to 258-322 months in prison for the murder offense and an additional 84-113 months in prison for the robbery offense. Those sentences are to be served consecutively. In July 2012, Rayfield got into an argument with Mr. Smith at Mr. Smith’s home on Red Hickory Lane in Charlotte. Rayfield choked Mr. Smith and beat him with a log. Rayfield then took jewelry and other items from the home. Before he fled, Rayfield choked Mr. Smith again and cut him with a knife. Rayfield was later arrested in Myrtle Beach, S.C. 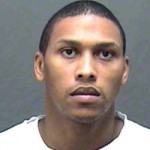 Brandon Blakeney, 32, pled guilty to second-degree murder for the December 2011 killing of his wife, 34-year-old Catherine Blakeney. Judge Bell sentenced Blakeney to 240-300 months in prison. Ms. Blakeney’s parents called Charlotte-Mecklenburg police in December 2011 because they had not heard from their daughter. Police went to the Blakeneys’ home in Charlotte on three occasions to inquire about Ms. Blakeney. On the third occasion, Mr. Blakeney gave consent for officers to enter the home. An officer discovered Ms. Blakeney’s body in a locked upstairs bedroom. Her cause of death was identified as undetermined trauma, and the medical examiner found injuries consistent with strangulation. Based on evidence gathered in the investigation, Ms. Blakeney was killed by her husband weeks before police found her body. The defendant also killed one of Ms. Blakeney’s dogs. 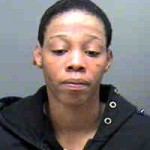 Cassandra Mingo, 27, pled guilty to second-degree murder for the September 2011 killing of 21-month-old Coltton Doleman. Judge Bell sentenced Mingo to 160-201 months in prison. In September 2011, Coltton died at an area hospital after Mingo reported that he’d fallen down the stairs as she was babysitting him while the child’s mother was at work. An autopsy, however, revealed that the child’s injuries were not consistent with falling down stairs. Mingo later told investigators that a shelf fell on the boy days before his death, and on the day he died, Mingo struck Coltton several times when he tried to grab something from her hand.