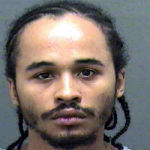 CHARLOTTE, N.C. — A Mecklenburg County jury will continue deliberations for a man accused of killing a 2-year-old boy.

Ellis Royster claims he did not fire the shots that killed Amias Robinson in 2010.

Royster told jurors he was inside when he heard the shots fired.

On Tuesday, when Royster was asked by his attorney if he fired the shots that ultimately killed Robinson, Royster said, “No.”

Initially, another person had even been arrested and spent months in jail.

A fact that the defense hopes will play into the jury’s decision.

Robinson was shot and killed in a drive by shooting in August 2010.

Prosecutors said the shooting stemmed from a drug deal earlier that night and a disagreement over $10.

The prosecution claims Royster reacted violently, but on the stand he said he only tried to get the money back by sending a text.

“I tried to call him a couple of times to get the dude his money back, and he wouldn’t pick up his phone, so I just left him a text message,” Royster said.

But prosecutor Jay Ashendorf would have the final word, calling Royster a killer and a coward who had let someone else take the fall for the shooting. Ashendorf brought back the stroller that Amias was in when he was shot, and reminded the jury why they were there.

“We are here today to show the family and the community that the system works,” Ashendorf said, asking them to find Royster guilty of first-degree murder.

The jury will resume deliberations at 9:30 a.m.