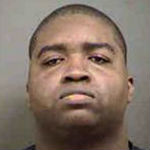 Detectives said they executed a search warrant at Williams’ home after receiving a tip from the Cabarrus County Sheriff’s Office. They said while examining digital files from the home, they found evidence of child pornography.

Williams has been charged with four counts of third-degree sexual exploitation of a minor. He is being held in the Mecklenburg County jail.

Williams has been employed by the Mecklenburg County Sheriff’s Department for about nine years. He is currently suspended without pay. Police said the department is fully cooperating in the investigation.

Officers said this is the second arrest in two weeks related to child exploitation. Detectives with the Cyber Crimes and Youth Crimes units also arrested Gregoro Gonzolas, 35, on Aug. 15 after they found child pornography on his computer.

Gonzolas is charged with three counts of third-degree sexual exploitation of a minor. He is being held in the Mecklenburg County jail.