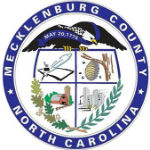 Habacu Rodriguez Lopez, 38, pled guilty to 1) second-degree murder and 2) assault with a deadly weapon with the intent to kill inflicting serious injury in connection with the June 2012 murder of Richard Snyder, 50.  Lopez was sentenced to 329-419 months in prison. 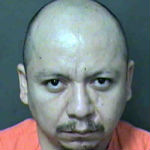 In June 2012, Lopez was a patron at Club Paisano on Albemarle Road in Charlotte.  Mr. Snyder, a security guard at the club, broke up a fight between patrons and told those involved to leave the premises. Lopez, who was not involved in the fight, became angry. He walked to his truck and then drove up to the club entrance, where Mr. Snyder was standing. Lopez then got out of the truck and shot Mr. Snyder three times. Mr. Snyder died at the scene. A woman was also struck in the abdomen by the gunfire and was taken to the hospital for her injuries. Lopez fled and was arrested after police found him driving near Lexington, NC.  The murder weapon was found hidden under the hood of the truck.

Earnest Gurley, 64, pled guilty to voluntary manslaughter in connection with the death of Benjamin Gurley, 21. He was sentenced to 80-108 months in prison.  On the morning of June 14, 2012, Earnest Gurley woke up his son, Benjamin Gurley, who became angry, knocked his father down and hit him in the head. Earnest Gurley then got up, walked to his bedroom and retrieved a gun.  He walked back to his son’s bedroom and shot him in the chest. Benjamin Gurley walked outside as he called 911 and died after collapsing in the front yard of his father’s home on Fairfax Drive in Charlotte.  Earnest Gurley admitted to police that he should have called 911 or locked himself in his room but that he shot his son instead. 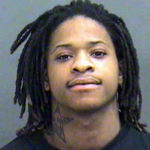 Jamal Pittman, 22, pled guilty to 1) robbery with a dangerous weapon in connection with the January 2010 murder of Jared Bolli, 25, and 2) two counts of common law robbery. Pittman was sentenced to 55-76 months in prison. In January 2010, Pittman was involved in a plan, along with Michael King, Jacob Case and James Hodges, to rob Mr. Bolli. King, Case and Pittman entered Mr. Bolli’s home in Pineville while Hodges acted as the lookout. The defendants robbed Mr. Bolli and began to leave. As they left the apartment, Mr. Bolli attempted to strike King, who turned and fatally shot Mr. Bolli. Pittman cooperated with police and testified against King at trial without any plea arrangement or immunity and also admitted his involvement in two unrelated robberies. King is currently serving a sentence of life in prison without the possibility of parole after he was tried and convicted of Bolli’s murder in 2012. Case previously pled guilty to 1) robbery with a dangerous weapon and 2) conspiracy to commit robbery with a dangerous weapon and was sentenced to 64-86 months in prison. Hodges previously pled guilty to accessory after the fact to first-degree murder in connection with Mr. Bolli’s killing and is awaiting sentencing.

Raquel Belinda Mallory, 39, pled guilty to felony death by motor vehicle for the death of Ricky Julian Neal, 46. She was sentenced to 23-40 months in prison; that sentence was suspended pending her successful completion of 36 months of supervised probation. As a condition of her probation, Mallory must serve 8 months in prison and undergo a substance abuse assessment. In July 2012, Mallory was driving when she struck Mr. Neal as he walked across Beatties Ford Road in Charlotte in the early morning hours. Mr. Neal, who was not at an intersection or crosswalk, died hours later at an area hospital as a result of his injuries. A blood analysis later revealed that Mallory’s blood alcohol content at the time of the crash was 0.14.

Ismael Mendoza, 29, pled guilty to accessory after the fact to voluntary manslaughter in connection with the March 2011 deaths of Luis Alberto Aguilar-Amezcua, 20, and Omar Mendez De La Cruz, 18. He was sentenced to 16-20 months in prison. Charges against a co-defendant in this case are still pending. 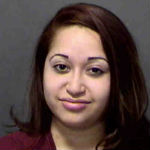 Ilse Perez, 21, pled guilty to 1) felony hit and run inflicting serious injury and 2) driving while impaired in connection with the death of Rhonda Williamson, 28. For the hit and run offense, she was sentenced to 16-29 months in prison; that sentence was suspended pending her successful completion of 36 months of supervised probation. As a condition of her probation, she must serve 90 days in the Mecklenburg County jail. For the DWI offense, she was sentenced to 60 days in the Mecklenburg County jail; that sentence was suspended, but Judge Bell ordered that she serve 7 days in jail for the DWI offense. As conditions of her probation, Judge Bell ordered that Perez not operate a motor vehicle or consume alcohol during her probation, forfeit her license for two years, perform 24 hours of community service and undergo a substance abuse assessment. In August 2012, Perez was driving on Queen City Drive in Charlotte when she struck Ms. Williamson, who was walking on or near the roadway. Perez did not stop. Ms. Williamson died days later at an area hospital. When Perez was arrested, her blood alcohol content was 0.14. She told police that she did not know she’d struck Ms. Williamson.

Samuel Walker, 19, pled guilty to assault with a deadly weapon inflicting serious injury in connection with the September 2012 murder of Kydaryune Curry, 17. Walker will be sentenced at a later date. Charges against four co-defendants in the case are still pending.