Domestic Violence Charges For A Man Who Assaulted Ex 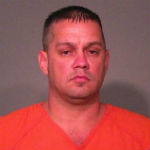 YORK COUNTY, S.C. — A York man was charged with domestic violence on Saturday after police say he choked his ex-girlfriend and jabbed her several times with a kitchen knife, leaving her with cuts on her throat and chest.

At about 11:30 p.m. Saturday, deputies were sent to the On the Run gas station between S.C. 5 and S.C. 161 and met with a York Police officer and a woman, 25, according to a York County Sheriff’s report. The woman told deputies her ex-boyfriend, Travis Ross, assaulted her at her home.

The woman told authorities that Ross went to her home to pick up his bed after moving out, the report states. They began arguing after she noticed her cigarettes, cell phone and $100 cash were missing.

Ross denied taking her valuables, the report states, and the two began arguing. Ross grabbed her around the neck and dragged her into the living room. He began choking her.

After she tried to escape again, Ross grabbed a knife, bent the woman backwards over a dining area bench and held the blade to her neck, cutting her throat. He threatened to harm her before using the knife to jab her in the torso.

Ross eventually released her and left the home with another man, the report states. The woman walked to the On the Run gas station and called police. Deputies found Ross on East Jefferson Street staying in a camper behind a house. He was arrested and charged with criminal domestic violence of a high and aggravated nature.

He claimed to deputies that he did not harm his ex-girlfriend, saying she took the knife and began cutting herself before attacking him, the report states. He did not have any signs of injuries. Tuesday evening, he was still being held at the York County Detention Center on a $100,000 bond.