CHARLOTTE, N.C. – The Mecklenburg County District Attorney’s Drug Prosecution Team convicted 25 defendants during the week of February 11-15, 2013, in courtroom 5350 before The Honorable Hugh B. Lewis, Superior Court Judge. The convictions were for crimes that included possessing, selling and trafficking in illegal drugs. Based on the structured sentencing laws in North Carolina, sentences ranged from probation to active prison sentences.

Among the defendants who pled guilty and were sent to prison were: 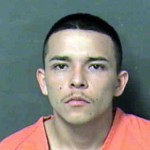 Eric Perez-Yanez, 20, pled guilty to trafficking in heroin. He was sentenced to 90-117 months in prison. In April 2012, an undercover Charlotte-Mecklenburg police officer purchased 7 grams of black tar heroin for $700 from Perez-Yanez in the parking lot of a restaurant on East Independence Boulevard in Charlotte. Upon arrest, detectives located 55.8 grams of black tar heroin in the defendant’s pants pocket. The defendant confessed to the sale in an interview with officers.

Samuel Lopez, 29, pled guilty to trafficking in heroin and was sentenced to 70-93 months in prison.

Juan Garcia, 22, pled guilty to trafficking in heroin and was sentenced to 70-84 months in prison.

Hydell Harris, 38, pled guilty to trafficking in cocaine and was sentenced to 35-42 months in prison.