CHARLOTTE, N.C. – During the week of January 14-18, 2013, the Mecklenburg County District Attorney’s Drug Prosecution Team convicted 34 defendants in Mecklenburg County Superior Court. The defendants pled guilty in courtroom 5350 before The Honorable Hugh B. Lewis, Superior Court Judge. The convictions were for crimes that included possessing, selling and trafficking in illegal drugs. Based on the structured sentencing laws in North Carolina, sentences ranged from probation to active prison sentences.

Among the defendants who pled guilty and were sent to prison were: 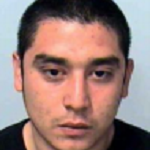 Orlando Camacho, 21, was sentenced to 90-117 months in prison for trafficking in heroin. Camacho was apprehended by Drug Enforcement Administration agents as he carried more than 618 grams of heroin in a Kentucky Fried Chicken box to an undercover vehicle parked at the Kangaroo Express gas station on Tyvola Road in Charlotte.

Jose Quintero, 30, was sentenced to 90-117 months in prison for trafficking in heroin.

Angel Lopez, 19, was sentenced to 70-84 months in prison for trafficking in heroin.

William Patrick Herron, 54, was sentenced to70-84 months for trafficking in cocaine.

Note: Almost all guilty pleas entered in criminal administrative court are the result of an agreed upon plea arrangement between the State and the defendant, which is then approved by the sentencing judge. For more information about why most cases must be resolved by plea negotiation instead of jury trial, please visit the “Understanding Criminal Court” section of the DA’s websi te at www.charmeckda.com.