Drunk Driving To Blame For Serious Car Crash In Matthews 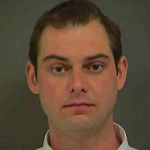 MATTHEWS, N.C. — The driver police say is responsible for causing a serious crash in Matthews has been charged with DWI.

Justin Reid Lawing, 29, was also hurt in the crash.

Police say he hit two other vehicles prior to striking the last on Idlewild Road.

He also hit a street sign, according to investigators.