Police are hoping someone has seen or heard from an elderly man that has been missing since Monday. 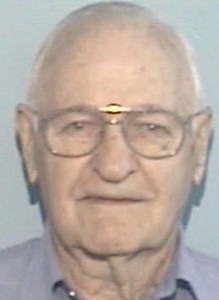 Eighty-eight year-old Lindsey Stikeleather, of Statesville, was last seen Monday afternoon at a local bank. Stikeleather had left his home that morning to meet someone to owed him past-due rent and then afterwards went to the bank on West Front Street. His white 1990 Jeep Comanche pickup truck was found at the intersection of Lewis Ferry and Lamb Roads, but there was no sign of Stikeleather.

The family reported Stikeleather missed Monday night around 9:30. Police are investigating the disappearance and are considering it a suspicious event.

Stikeleather was last seen wearing dark blue dress pants, a light blue shirt, a tan windbreaker jacket, and a blue cap. Anyone with information on this case is urged to call the sheriff’s office at (704) 878-3100.