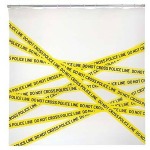 The 84-year old says this isn’t the first time she’s caught the same woman in her home.

The victim told police she discovered the woman in her shower at her home on North Elm Street.

Investigators found the suspect’s clothing in the bathroom.

The victim said a few days earlier she saw the same strange woman going through her kitchen and collecting food.

Police have not made an arrest.