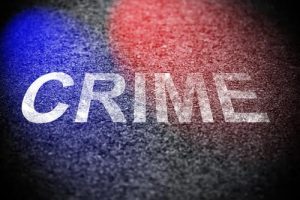 Police were called to the scene of an assault after a Facebook argument led to violence on Thursday.

The incident occurred at an apartment in the Eden Terrace apartments just before 9:00 p.m. on Thursday night. According to reports, the victim and the two suspects had exchanged unpleasant words with one another on Facebook causing the two suspects to become enraged.

According to the victim, the two assailants arrived at her house following the online disagreement, and decided to settle the argument with violence. They knocked on the door of her home, and then began to attack her. One of the victims punched her in the face, dragged her into the apartment, and grabbed her hair while the other helped to hold the woman down.

The victim was eventually able to grab her pepper spray, after which time the suspects fled. The victim sustained injuries to her knee, elbow, lip, and shoulder.

Police are now searching for the suspects, and have warrant out for their arrest. They are charged with assault and battery by mob.