Father Charged With Child Abuse After Young Son Was Burned 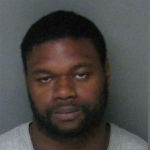 GASTONIA, N.C. – A Gastonia man was charged with negligent child abuse after his son was burned.

According to police records, Camp’s 6-year-old son suffered second-degree burns to his lower torso and groin area. The arrest record states Camp was charged for allowing the child to be burned.

Police allege Camp also did not seek appropriate medical treatment after his son was hurt.

Camp was placed in Gaston County Jail on a $15,000 secured bond.