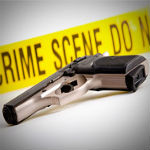 A man was shot and killed in Gaston County Thursday after an altercation between two women, one of which was the wife of the victim, according to police.

Police received report of the shooting of Robert Benjamin Putnam, 47, a little after 8 p.m. south of Gastonia in the 500 block of Wilmot Trail, according to police Sgt. Steve Dover.

Putnam was the resident of another home located on Wilmot Trail.

Police helped a bystander perform CPR on Putnam, who was later pronounced dead at the scene.

According to police, the shooting was caused by an altercation between the two women in Gastonia earlier that day.

The women were Linda Salazar and Cecelia Putnam, the victim’s wife. Authorities are trying to determine what caused the altercation.

The Putnam went to the home of Salazar and her boyfriend, James Haney Sr., after the first fight between the women. While at the home, another altercation happened that involved assaulting Salazar, police said.

Robert Putnam was shot by Haney with a handgun, police said. The gun was recovered at the scene.

Police will be consulting the office of the district attorney about whether or not charges are being filed.