Flasher Exposed Himself Inside A Gaston County Walmart 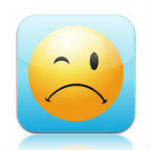 GASTONIA, N.C. — Gastonia police are trying to track down a man who exposed himself to a woman inside a Walmart.

According to police, the Gastonia woman did not know the man who approached her in the store and exposed his genitals to her. She alerted a store employee.

The unidentified man left the store before being detained.

Police describe the suspect as being a 6-foot tall, black, with a thin build and in his early 20s.

He had short hair, no facial hair and was wearing a red ball cap, black tank top and khaki shorts.

The case has been assigned to detectives and is under investigation.

Anyone with any information in the case is asked to call Gaston County CrimeStoppers at 704-861-8000.