Gang Leader Sentenced to Life in Prison for 2009 Murder 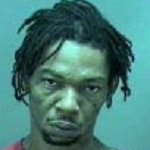 CHARLOTTE, N.C. – Marco Davis, 39, was tried for 1) first-degree murder and 2) conspiracy to commit first-degree murder in the August 2009 killing of Palo Childress, 23. Today, after deliberating for less than two hours, a jury found Davis guilty as charged.

The Honorable Robert T. Sumner, Superior Court Judge, sentenced Davis to life in prison without the possibility of parole for the murder conviction, as well as an additional 282-348 months in prison to be served consecutively for the conspiracy offense.

Mr. Childress was killed in Charlotte on August 9, 2009. Davis was a gang leader who conspired with others to have the victim murdered.