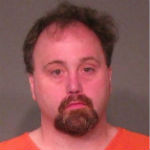 YORK COUNTY, S.C. — A Gaston County child protective services worker has been arrested after police said he urinated and exposed himself to people outside a York County middle school.

Derrick Hensley, 44, was arrested and charged Monday afternoon, after police found him in his vehicle in the parking lot of York Intermediate School. Several witnesses told police that Hensley urinated in front of the school, exposing himself.

According to a police report, officers found two cans of Bud Light and a can of Four Loko inside Hensley’s car. The report also stated that Hensley “swayed” back and forth in front of officers.

Hensley has been employed with the Gaston County Department of Social Services (DSS) since 1998 and he’s currently a social worker with Child Protection Services.

Hensley has been charged with indecent exposure and DWI, police said.