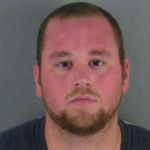 STANLEY, N.C. – A Gaston County teen with a history of making false bomb threats and police reports faces another accusation, which has landed him in jail.

Matthew James Murphy, 19, of Stanley was charged Wednesday with making a false bomb threat by telephone in regard to Ashbrook High School on Sept. 27. He also faces a resisting a public officer charge related to an alleged false written statement he gave to police Tuesday.

Murphy has a criminal history in regard to making false reports dating back to at least 2011.

He was convicted in 2011 of misuse of 911 system, and sentenced to probation.

He also faced additional charges in 2011 of communicating threats, another false police report and misuse of 911 system and simple assault.