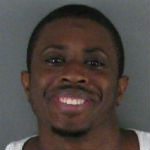 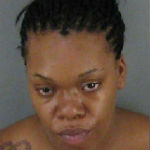 GASTON COUNTY, N.C. – Police say a Gastonia man and woman put a gun to a victim’s head and robbed two people Friday before fleeing in their vehicle.

Ricky Anderson Jr., 23, is charged with two counts of robbery with a dangerous weapon, carrying a concealed weapon and resisting a public officer.

Ebony Nicole Love, 24, is also charged with two counts of robbery with a dangerous weapon.

Anderson and Love were in a Chevy Impala on Friday when they parked beside a car occupied by Jesus Moreno of Gastonia and Lauren Anderson of Lowell, according to arrest warrants and affidavits. Anderson got out of his car and pointed a silver and black Phoenix Arms .22-caliber handgun at Moreno’s head, stating to Lauren Anderson, “Give me everything or I’ll blow his head off,” according to warrants.

Ricky Anderson and Love then took the victims’ cellphones, ID and debit cards and keys, and drove away.

After Moreno and Lauren Anderson reported the crime and a description of the vehicle, a Gastonia police officer stopped Ricky Anderson’s Impala on Belmar Drive. Anderson jumped out of the car, hopped a fence and ran, tossing the handgun before being caught, according to warrants.

Anderson was additionally charged with assault with a deadly weapon inflicting serious injury and two counts of failure to appear in court in relation to a July 2 incident. On that day, he struck Princeton Nolan Brooks of Gastonia with a glass liquor bottle, causing a break in his eye socket, according to an arrest warrant.