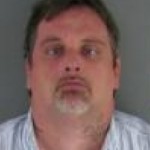 Forty-one year-old Gregory Shane Hulcey was arrested Friday for exposing himself to a woman while in a Cramerton parking lot.

The incident occurred at Cramer Market Place, a retail strip located on Cramerton Road near its intersection with Wilkinson Boulevard.  In addition to the indecent exposure, Hulcey was charged with trespassing for going on the premises of the Food Lion which sits in the market.  Hulcey went there even thought he knew he was banned, according to the arrest warrant. No other details were immediately available.

Hulcey was charged with second-degree trespassing and indecent exposure. He was jailed in Gaston County under a $2,500 bond.