Gastonia Man Charged With Rape, Indecent Liberties With A Minor 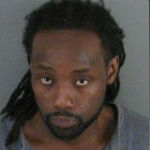 GASTONIA, N.C. — A Gastonia man has been arrested on accusations that he raped a 14-year-old girl.

Police say Maderkis Rollinson, 32, is charged with rape and indecent liberties with a minor.

Officers also said the charges are based on two separate incidents that happened last year.

Rollinson has also been charged with possession of cocaine.