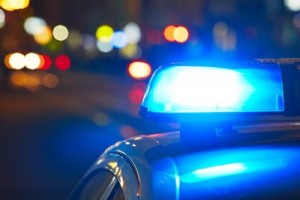 A Gastonia man crashed into a home in Ranlo after cursing at a police chief and speeding away on Friday, police said.

The incident started around 11:45 p.m. at a red light. Ranlo Police Chief Tim Anderson had been driving home from work when he stopped to get a snack at a convenience store. Soon after, a pickup truck almost hit his unmarked police car and the driver, Nathaniel “Austin” Stickdorn, 20, rolled his window down. Anderson said Stickdorn was screaming and said “I thought you were the f-ing police.”

Stickdorn then drove away and Anderson called for another officer nearby as Stickdorn kept driving and hit many utility police and crossed into oncoming traffic before turning on Smyre Drive.

After police chased him for a while and tried to get a license plate number, Stickdorn eventually crashed into an Ebony Avenue home belonging to Gail Ratliff around 10:30 p.m.

No one was hurt in the incident.

Anderson said a look at Stickdorn’s Facebook showed he had posted about suspicious activity that night and was holding a handgun in the profile picture. Anderson said he had also been very impaired on narcotics and alcohol at the time.

Stickdorn is charged with reckless driving, DWI, possession of drug paraphernalia, simple drug possession, eluding arrest, and failure to stop at a stop sign. He was jailed for about four hours before posting a $15,000 bond.