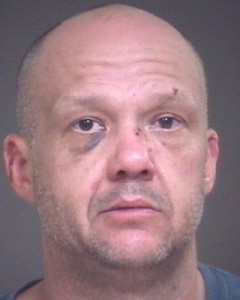 A Gastonia man allegedly stole a pick-up truck while a 3-year-old child was inside before leading police on an over 100-mph chase on Saturday, according to the Lincoln County Sheriff’s Office.

Timothy David French, 39, stole the Chevrolet Silverado from someone who had stopped to get gas and walked into the store at Will’s Food Store in High Shoals around 9:45 a.m. The truck was chased by Gaston County Police on several road before entering York County on U.S. 321. York County police assisted in the chase.

Gaston County officers initiated a traffic stop on Myrtle School Road after they entered North Carolina and French ran. He was taken in custody shortly after officers chased him down on foot.

Police said the child was in good condition and their parents were taken to pick up the child and the truck in Gaston County.

French was charged with felony counts of  possession of stolen goods, abduction of a child, and larceny of a vehicle, and misdemeanor child abuse. He faces additional charges in Gaston County and was jailed on $60,000 bail.