Gastonia Man Wrestled to the Ground After Urinating Outside Store 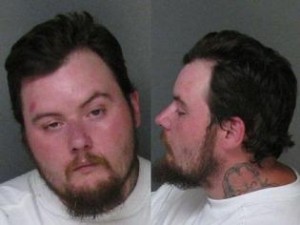 A Gastonia man was wrestled to the ground on Wednesday after he urinated in the parking lot of an ABC store and refused to show a Bessemer City police officer his hands.

John Thomas Powell Jr., 30, had to be wrestled to the ground while the officer called backup. He is charged with urinating in public, resisting an officer, and having illegal drugs.

Powell was on probation in Gaston County for misdemeanor breaking and entering in 2005, state records show.