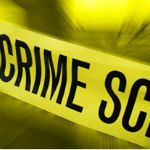 GASTONIA, N.C. — Police in Gastonia are investigating a series of robberies overnight.

Officers on the case said the first crime was a home invasion on Ransom Street just after midnight.

The second incident happened roughly 15 minutes later, when police said two men robbed someone outside a house on Robinwood Road.

The third crime was another home invasion 15 minutes later on Wingate Street.

Police said that the crimes may be related and are looking for two black male suspects and that one of them had a gun.

Nobody was injured during any of the crimes.