Good Samaritan Killed By Someone Asking To Use His Phone 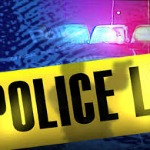 CONCORD, N.C. — A senseless shooting is under investigation in Concord.

A man’s wife drove the victim to the Concord Police Department on Cabarrus Avenue Wednesday afternoon.

Police immediately went outside and found the victim in the passenger seat. Efforts to save him were unsuccessful.

The man has been identified as 31-year-old Andres Trouch.

Police say the couple was stopped in their car on Malvern Drive at Lincoln Street, on the way to the grocery store to prepare for Thanksgiving dinner.

A group of five men was walking down the street and flagged down the couple, asking to borrow a cell phone, Trouch’s wife Maria Monje told police.

Just as they asked for the phone, Monje says one of the men pulled open the passenger door and began demanding money at gunpoint. As she handed over the cash, it appeared the man was unsatisfied with the amount and pulled the trigger.

Monjey told police she was scared and she drove straight to the station, which was just over a mile away.

Officers are looking for witnesses with more information.

He was a machine operator at Siteworks, a construction company in Charlotte. Monje said he never missed a day of work and was a devoted family man. He was to turn 32 on Christmas Eve.