Helicopter In The Air To Find Armed Robbery Suspect 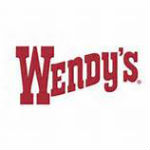 Officers say that a man wearing a ski mask walked into the Wendy’s on Mount Holly-Huntersville Road just after 10 a.m. and pointed a handgun at the manager and demanded cash. He then took off on foot.

Police think he may have gotten into a vehicle and were using their helicopter to try and track him down.

Detectives think the suspect could be the same man who recently robbed a pizzeria on Freedom Drive.