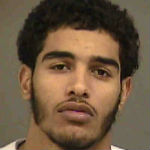 CHARLOTTE, N.C. — A home in an upscale south Charlotte community was ransacked and a teenager pistol-whipped by the invaders, police said.

Police took the suspects into custody early Friday night and the victim’s stepbrother said he believes they knew what they were doing when they targeted his house.
They tried to wait till everyone was gone and he said they got violent when they found his brother home alone in the Williamsburg neighborhood.

The victim’s stepbrother said two men who had no business being there came into his home. 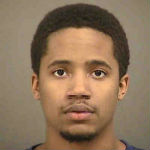 Police said Chauncey Concepcion and Dimitri Hayes stormed into the home with guns.

One pistol-whipped the 18-year-old victim while the other ransacked their rooms.

Investigators said the robbers stole an iPad, cellphone and bank card before getting away in a car.

Concepcion and Hayes are facing a list of charges including burglary, assault and kidnapping.

The victim is OK.