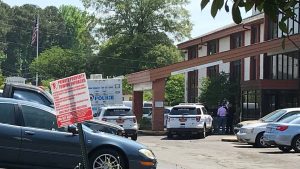 Police have begun a homicide investigating after a man was found dead in his motel room in northeast Charlotte.

The incident happened at the Garden Inn and Suites in the 4900 block of Reagan Drive on Monday morning. According to reports, the man was unresponsive when authorities arrived, and was pronounced dead at the scene.

Police found signs of a struggle in the room, causing them to suspect foul play.

The identity and cause of death of the victim have not been released.

Detectives are asking anyone with information to contact Crime Stoppers at 704-334-1600.