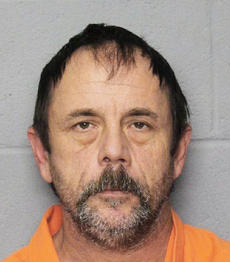 The husband of a woman killed in Lancaster this week has been charged with her murder.

The body of 58-year-old Mildred Burris Arnold was discovered on Sunday morning in the bedroom of her Lancaster home. According to reports, her two daughters had gone to the house after becoming concerned when the victim continued to not return their phone calls. Upon their arrival, Arnold was found having suffered serious physical trauma.

Police arrived on the scene shortly afterwards. Investigations of the home revealed a framing hammer that was covered in blood and hair and which is believed to have been the murder weapon.

Meanwhile, the victim’s husband, 49year-old Matthew James Alman of 213 York St. had been booked into jail on controlled-substance charged unrelated to the homicide. Blood was discovered on his clothing as well as on a pair of his boots that had been found at the scene of the crime.

Alman was held at the Lancaster County Detention Center where a charge of murder was added to a list of other charges from seperate occasions including drug charges, larceny charges, and burglary charges. The burglary charges are from June when the suspect allegedly broke into Christian Services and Bubbles and Blades dog grooming that same month.

Alman continues to be held at the Lancaster County Detention Center, and bond has been denied.

Investigations by Lancaster police and SLED continue in this homicide case.