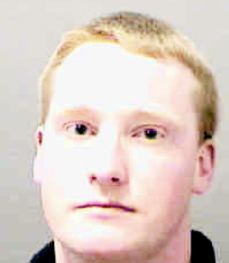 Justin Elvin Perrin, 27, was being questioned by the police after security personnel observed Perrin making inappropriate comments. Perrin gave the police permission to search his vehicle and that’s when the weapons were found. Police found a shotgun, pellet rifle, and large knife in the vehicle.

Perrin is being charged with misdemeanor possession on weapons on school grounds and was booked at the Mecklenburg County jail. His bond was set at $5,000.