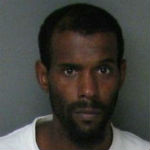 Williams was jailed for about a year after a conviction on a September 2011 offense.  He also spent about 60 days in jail for a conviction on a March 2013 indecent exposure offense, and was released from Gaston County Jail on May 13.

The woman Williams is accused of exposing himself to works with Gaston County Family Services as a victim’s advocate on their crisis hotline.  Williams was at the building meeting with the resource coordinator, she said.

According to the accuser, Williams was standing by the door when he struck up a conversation with her.

“He was asking me if I was still married and I said yes and right around then he did it.  He was standing at the door and just talking and pulled it out,” she said.  “It made me really, really uncomfortable.”

The woman walked away and tried texting a co-worker for help. The co-worker wasn’t near her phone, she said. So when Williams came back into the building, she went to tell a lady at the front desk. By that time, he was gone, she said.

A similar incident happened to a woman in a Gastonia church parking lot on May 18. The church was having a health fair when a man followed a woman in the parking lot and exposed himself to her, according to the report.

Williams is a suspect in the case, police said.

Mr. Williams is currently in the Gaston County jail, being held on a $50,000 bond.