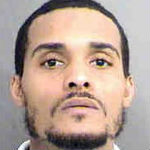 CHARLOTTE, N.C. — Police found a 9-month-old inside a car in the parking deck at Southpark Mall Wednesday afternoon.

A witness called police saying the infant was inside the car for at least a half hour before a man returned to the car.

Police and emergency personnel responded to the scene and treated the baby, who was not injured.