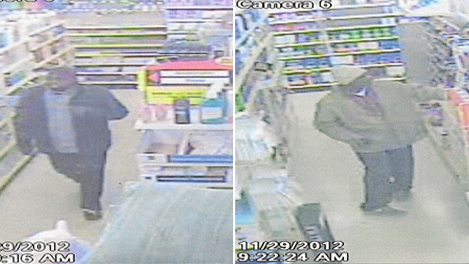 Law enforcement officials in Statesville have released surveillance photos from a Dollar General store theft in hopes that someone can identify they suspects.

Two men walked into the Dollar General located on Mocksville Highway in Statesville. The men stole 15 containers of deodorant and hid them in their jackets before running out of the store.