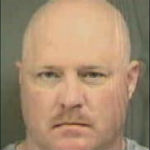 KANNAPOLIS, N.C. — A Kannapolis police officer and his wife have been arrested on federal child pornography charges.

The FBI arrested Steven Webb and his wife Tracy at their home in Kannapolis on Monday.

They are each charged with receiving, possessing and distributing child pornography and making false statements.

At their first appearances in federal court on Tuesday, a magistrate judge ordered them held in jail until their detention hearing on Friday.

Kannapolis police are not commenting on Webb’s arrest, but they do say he had been an officer since June, 2008.

The FBI is not revealing the details of its investigation or how long it has been working on the case.