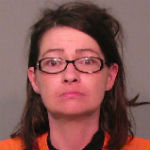 ROCK HILL, S.C. — A Rock Hill couple will have to go to court to get their kids back after police found their two young girls living in deplorable conditions.

From the outside, the old house on Sirrine Street looks like a family lives there, with a few things stored on the porch and toys in the yard belonging to two girls, ages 9 and 12.

But it’s how the girls were living inside which brought police to the home, prompted by an anonymous caller who was worried about the girls.

“There were clothes, clothing items and food items on the floors, no sheets on the mattresses,” said Rock Hill Police Captain Mark Bollinger.

The police report says the house was infested with cockroaches, which ended up on officers’ uniforms while they were inside.

“They were falling out of the ceiling onto our officers,” Bollinger said.

Investigators say there was also a horrible smell in the house coming from rotting food inside the refrigerator. The smell was so bad it made four officers sick and forced them to open the windows for ventilation.

The refrigerator hadn’t been working for a month because the electricity had been shut off.

Investigators say the father, Dennis Tutterow, is an electrician and admitted illegally restoring the electricity a day before police came to the house.

“They were stealing electricity,” Bollinger said.

Both parents, including the mother Jennifer Tutterow, are now charged with two counts of unlawful conduct toward a child, theft of electrical current and tampering with utility meters.

DSS is caring for the girls.

Police say the parents likely have a long to-do list to get their girls back, which could include parenting classes, as well as providing cleaner living conditions.