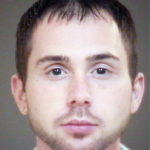 LINCOLNTON, N.C. – Authorities in Lincoln County say a man broke into his parent’s home, cracked a safe and stole items valued at more than $10,000.

The Lincoln County Sheriff’s Office says 24-year-old Steven Brian Somerset broke into his mother’s home in the 1300 block of Wildale Lane in Lincolnton.

Authorities say Somerset made off with necklaces, bracelets, and other jewelry items, with a total value of more than $10,000.

Deputies were able to recover some of the stolen items from a jewelry store in Gastonia.

The remaining items are believed to have been taken to a jewelry dealer at the Dallas flea market.