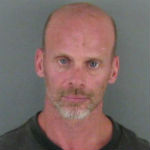 Investigators in both counties are searching for 49-year-old Jean Pierre Gendron.

He reportedly went into the bank and handed a teller a note demanding money. Lincolnton Police believe the robber’s original target was a bank across the street.

“He was seen inside the Carolina Trust Bank just before,” said Lincolnton Police Lt. Brian Greene. “We believe he actually wrote a note inside that bank and carried it over to this bank.”

Greene thinks the man was scared off by something, but he is not sure what.

Police said the robber also told the teller, “Give me all of the money and no dye packs or I will shoot you,” before he left the store with an undisclosed amount of money. He never showed a weapon.

Now Gendron is also facing charges from the Gaston County Police Department too. 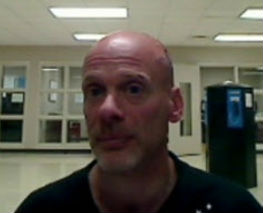 Officials say he faces Arson and Larceny of a Motor Vehicle charges stemming from a domestic incident occurring just outside Cherryville earlier this week.

He has multiple tattoos, including a cross on his left arm, a skull with tribal bars and barbed wire on his right arm, and the word “JADE” on his back.

He is originally from Boston, Massachusetts, and has a Boston accent. He has ties to Lincoln and Gaston Counties.

Police say Gendron has an extensive criminal history and should be considered dangerous.

Anyone with information about Gendron’s whereabouts is asked to call 911.

If you have any information on the bank robbery, you may also call Crimestoppers of Lincolnton-Lincoln County at 704-736-8909. You may receive a cash reward up to $1,000 for information leading to Gendron’s arrest.