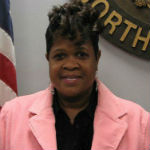 GASTONIA, N.C. – A Gastonia city employee who worked as a conductor on a train at a city park has been accused of keeping some of the fares.

Forty-four-year-old Stacey Malker-Duff was arrested Monday and charged with felony larceny by an employee. Malker-Duff is accused of taking $813 from the Gastonia Parks and Recreation Department.

Police said Malker-Duff worked weekends as a train conductor of a children’s ride at Lineberger Park.

The theft occurred between March and May.

Police say Malker-Duff no longer works for the city. She said she needed to talk with an attorney before commenting on the accusation.

Malker-Duff also is an alderman in Dallas.

The attorney blames the missing money on an accounting error.  Talso said Malker-Duff is cooperating in the investigation. She’ll be back in court on July 3.