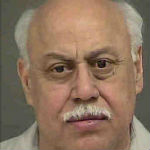 CHARLOTTE, N.C. — Police arrested a 57-year-old man who they believe is a major drug dealer in Charlotte.

According to search warrants, Khan was involved in heroin trafficking in Canada in 1987.

He was also arrested in March for trafficking cocaine and maintaining a drug home.