Man, 27, pleads guilty to Rape of a Child 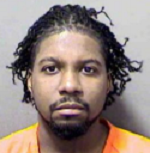 The victim was a fifth-grade student in 2010. A school nurse contacted the victim’s mother, recommending that the victim see a doctor to address concerns of abdominal pain. The victim then confided to her mother that she’d been raped by Morris in January 2010 and again in March 2010.

The mother immediately took the victim to the emergency room, where they learned that the victim was pregnant. Ultimately, the victim had a miscarriage. She was 11 years old.

DNA evidence proved that Morris was the father of the miscarried child.

The case was set to go to trial on Monday, January 14, 2013, but Morris indicated today that he wanted to plead guilty. Prosecutors allowed Morris to plead guilty in hopes of preventing the victim from being further traumatized at trial.

Judge Evans ordered that, following his release from prison, Morris must register as a sex offender and participate in satellite-based monitoring for the rest of his life.

Note: Almost all guilty pleas entered in criminal administrative court are the result of an agreed upon plea arrangement between the State and the defendant, which is then approved by the sentencing judge.
For more information about why most cases must be resolved by plea negotiation instead of jury trial, please visit the “Understanding Criminal Court” section of the DA’s website at www.charmeckda.com.
// End //
Share