Man and Woman Arrested for Harris Teeter Robbing in Charlotte 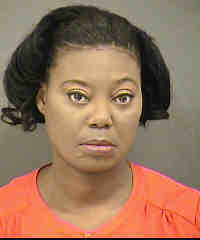 Charlotte-Mecklenburg police have arrested a woman and man, both of Charlotte, in connection with the robbing of a Harris Teeter on Sunday.

Police ask anyone with information on the suspects or the case to call Crime Stoppers at 704-334-1600.