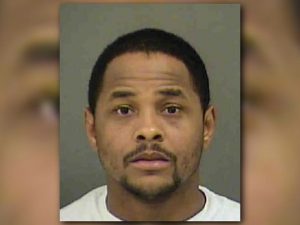 A man has been apprehended after he fled onto a roof to avoid arrest.

The incident occurred on Thursday morning. According to officers, the man, who was identified as 35-year-old Tyrone Singleton, was wanted on charges of domestic violence and armed robbery.

A group of officers from the Violent Criminal Apprehension Team arrived at a scene on Houg Street to attempt to arrest the suspect. When the suspect saw them arrive, he fled from police to northwest Charlotte, finally arriving at a second location on Honeywood Avenue and Rozelles Ferry road.

In order to further avoid police, Singleton climbed on top of a roof at the location. Officers from the CMPD as well as detectives surrounded the area and attempted to negotiate the suspect to safety. Authorities were at the scene from 10:20 a.m. to approximately an hour later when officers climbed onto the roof with the suspect and brought him under arrest without further incident.

The suspect will be charged with several offenses including assault on a female and kidnapping.