Man Arrested After Being Caught Exposing Himself In Wal-Mart 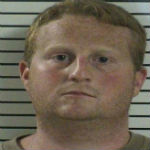 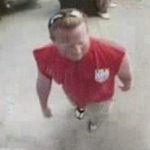 STATESVILLE, N.C. – A Statesville man was arrested last week after police say he exposed himself at a Wal-Mart store.

Jared Michael Ward, 24, is charged with one count of felony indecent exposure, according to the Statesville Police Department.

The incident was reported on June 15 at the Wal-Mart on Crossroads Drive.

A witness told police that Ward was performing a lewd act while watching some female children in the kids clothing department.

When confronted by the witness, Ward quickly left the store, police say. The witness called 911 and notified store employees.

Police used surveillance video from inside the store and from the parking lot to identify Ward.

He was arrested on Thursday.