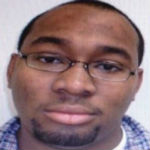 LINCOLNTON, N.C. – Police in Lincolnton say they have arrested a man who sucked a woman’s toes at Walmart by claiming to be studying podiatry.

Michael Brown, of Concord, was arrested around 9 p.m. Thursday and charged with misdemeanor assault on a female. Officials say Brown is a registered sex offender.

Officers with the Lincolnton Police Department said the incident happened Monday around 11:15 a.m. when a man, who claimed he was a podiatrist student, started a conversation with a woman in the store.

That woman, Erika Porras, told police that he convinced her to try on several pair of shoes in the shoe department.

“At one point the suspect took the victim’s foot, put it into his mouth and sucked the victim’s toes,” the report states.

Anyone with information about the case should contact Detective Dennis Harris at the Lincolnton Police Department 704-736-8900 or by contacting Crime Stoppers 704-736-8909.