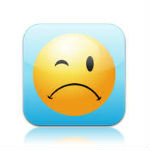 TEGA CAY, S.C. — A man was arrested Wednesday for walking naked through a Walmart in Tega Cay, according to a police report.

Officers said Kevin Patrick, 36, of Fort Mill, was seen walking in the health and beauty section of the store. They said he had no clothes on except for a pair of black tennis shoes.

Police said the man was found in the electronics section of the store and then escorted out.

According to the police report, Patrick told officers he remembers being in bed asleep at his sister’s house and then remembers waking up naked in his truck at Walmart.

He told police that he thought it would be a good idea to go inside the store and buy some clothes.

Officers found the man a pair of shorts from his truck, had him put them on and then arrested him for public disorderly conduct.

The store manager of Walmart allowed Patrick’s truck to stay in the parking lot overnight.