Man Arrested and Charged for Stealing Vehicle with Child Inside 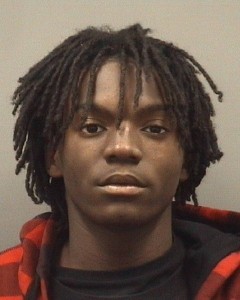 Rowan County police arrested a man for stealing a car with a three-year-old child inside from the parking lot of a convenience store early Wednesday.

The car was recovered about a mile away from the crime scene, and the child was not harmed.

According to police, the father in Salisbury had stopped at the 1800 block of West Innes Street Pop Shoppe store right after midnight to get lottery tickets and cigarettes. He got out of his Ford Escape and let the doors unlocked and engine running with the child in the car to go into the store.

A man then jumped in the vehicle and drove off. The father of the child and a store worker ran out of the Pop Shoppe to chase after the vehicle.

Shortly after, police received a call from a woman reporting a suspicious Ford Escape in front of her Tabernacle Street home. Responding police retrieved the car with the child inside.

Brown has been charged with larceny of a motor vehicle and kidnapping. He was jailed on $500,000 bail.