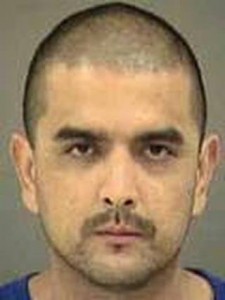 Police arrested a man after they said he scaled a Charlotte Douglas International Airport perimeter fence on Friday and tried to get on a flight to Dallas. He was also found carrying a box cutter.

Police charged 36-year-old Jovany Castillo Lugo with carrying a concealed weapon and trespassing on airport property. He has been jailed on bail set at $3,000.

Airport operations called Charlotte-Mecklenburg police on Friday about 1 a.m. about a man claiming he had scaled the airport’s fence and escaped two people who were shooting at him.

The claims were made to federal Transportation Security Administration agents and airline representatives, police said.

Lugo was arrested after being taken to the hospital for treatment of his hand, which he injured scaling the fence.

A companion of Lugo’s told investigators that they had both used drugs earlier that day and were attempting to get a flight to Texas. According to the woman, Lugo scaled the fence after the pair had walked around the perimeter.

Police were able to determine that there had been no one shooting at Lugo, based on witnesses and gathered information.

According to court records, Lugo was in an Arizona prison for about nine months, and released in 2009, on a conviction related to domestic violence. He was found guilty of misdemeanor resisting a public officer in Mecklenburg County in 2013 and sentenced to jail for 30 days.

Police ask anyone with information on Lugo or the case to contact Crime Stoppers: 704-334-1600.